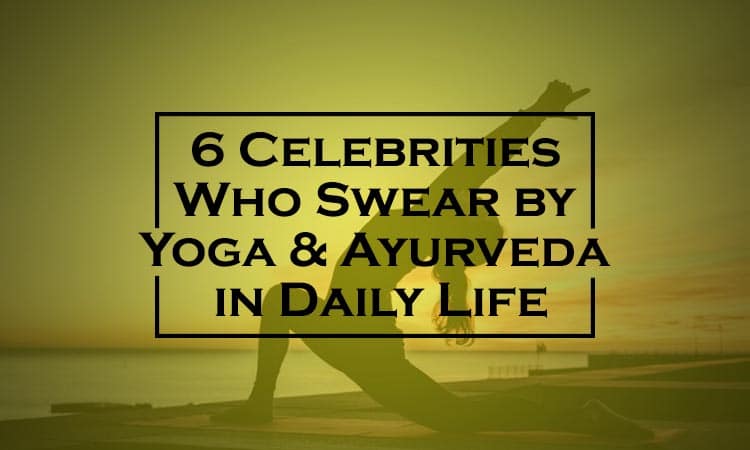 We live in a world of chaos and uncertainty where there are few good things in life that we care for. One of them is fitness and its incessant benefits to one’s body, mind, and soul in tandem. As a part of the daily fitness regime, people take to yoga which is a tried and tested formula and has been practiced for ages. The list not only includes athletes and fitness enthusiasts but also celebrities who have adopted yoga in their daily lives. And, it’s become quite a bit of trend as a long line of A-listed celebrities are moving towards picking on Yoga and harping on Ayurvedic diet as a part of their fitness routine. In time, they swear by the goodness of yoga and Ayurveda combination which celebrities feel have done wonders to their physique and psyche at the same level. In this post, we take a look at 5 celebrities who have taken to yoga and Ayurvedic way of living life. 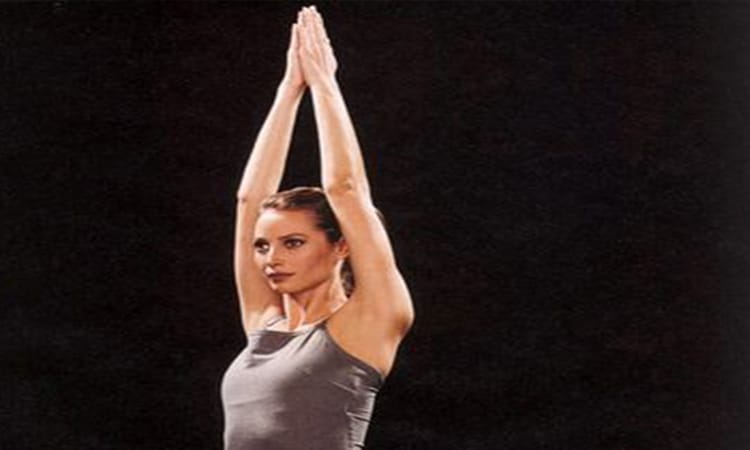 The famed American model is reportedly a daily practitioner of yoga and meditation which has become a part of her daily life. In her own words, she can’t imagine her life without yoga to be the first thing in the morning. Also, she became a big fan of Ayurvedic medicines and Ayurvedic body massage oil, knowing it’s a science derived from nature and is known to resort to Ayurvedic medicines to stay healthy. She said in an interview that after her father’s demise and her studies not going well, it is only the practice of yoga that has helped her to overcome her shade of doubt, deal with the grief and excel in her field as well. 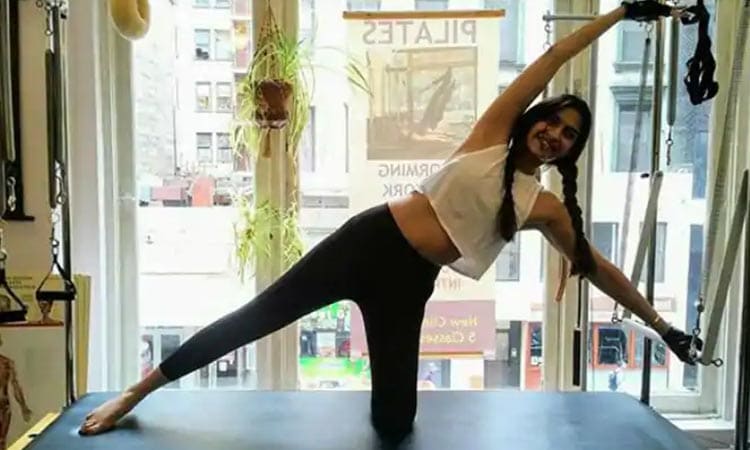 Sonam Kapoor may be a fashion icon of the Hindi Film industry today, but once she was a poster girl for what one would refer to as fat or chubby. She weighed almost 90kgs which is hard to believe the way she looks all slim and slender now and has actually become an idol for many fitness enthusiasts. Sonam says her secret to losing weight and staying in shape resides in the power of Yoga and Meditation. It was under the able guidance of Bharat Thakur, a famous Yoga, and Fitness Guru; she took lessons of Yoga which helped her transform her life in an unimaginable way. Today, Sonam is a fitness freak and is known to practice the Bikram Yoga on a daily note, since she has a tendency to add kilos easily. 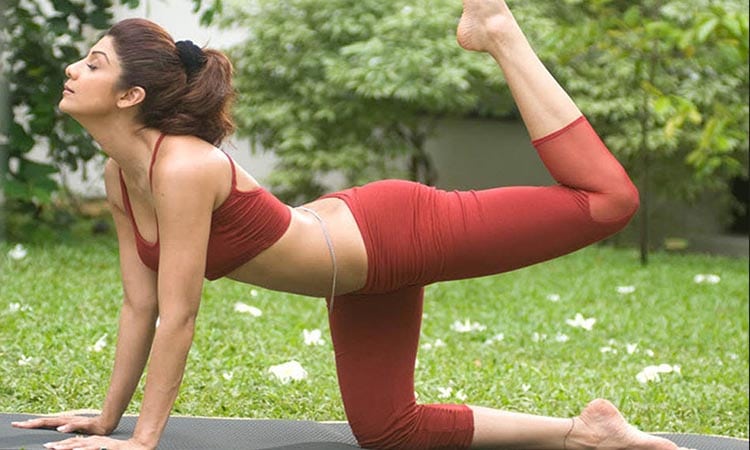 The hot Bollywood siren Shilpa Shetty easily has one of the best physiques in the Bollywood film industry and is a role model for many aspiring models and actresses. Shilpa Shetty is not only a practitioner of Yoga but also an instructor for the same. She is a great admirer and advocate of Ayurveda as well and has customized her diet plans accordingly to boost her fitness regime. Even after she became a mother, Shilpa has managed to retain her glamour and she gives the entire credit to the power of yoga and meditation put together. In her endeavor to help the society to adapt to a fit way of life, Shilpa has also released three DVDs of her Yoga lessons where she assumes the role of a Yoga Guru. Talking about the influence of yoga and Ayurveda, she once said that Yoga helped her become fit from deep within. Switching to Ayurvedic diet made her focus more and overall the practice of meditation added to it, made her look even more glamorous and helped her better her craft.

However, she also laments that not many people realize the goodness of yoga and meditation and it would help in the long run, if they do it a lot soon. 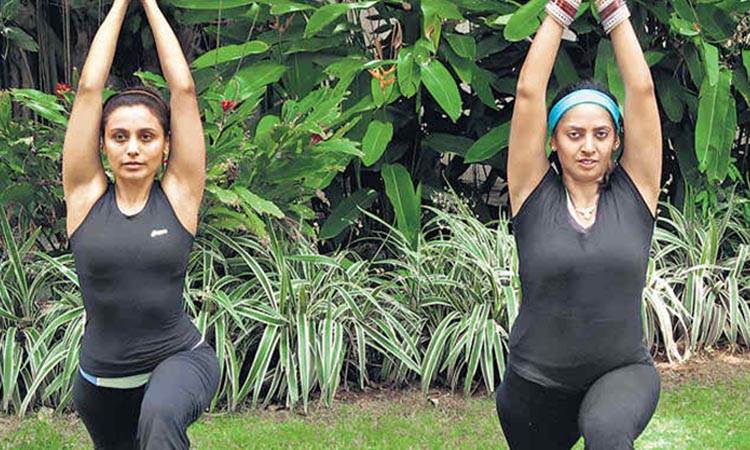 The bong beauty who once ruled Bollywood is another actress who believes in the power of yoga and Ayurveda. She took to daily meditation and Yoga which she believes has helped her to maintain her curves.  Rani practiced Yoga along with a combination of weight training for several months to shed a total of 7 kilos to fit into a character seamlessly in one of her movies. 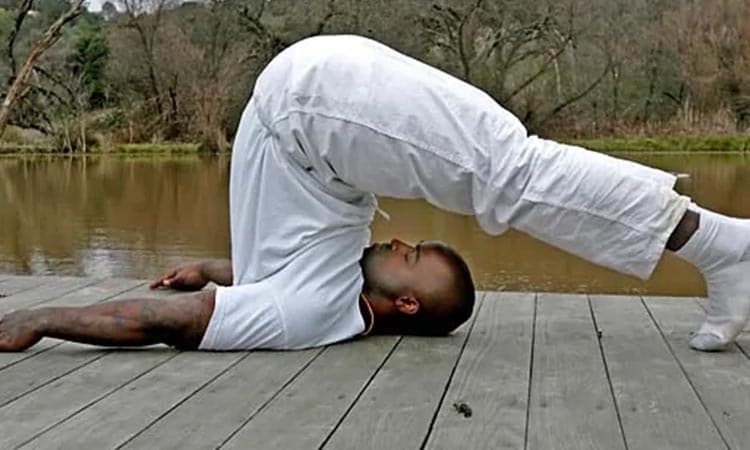 You must know Ricky Williams a famous American footballer. But, do you know Ricky Williams as a student of Ayurveda? That’s right. Ricky was a student of Ayurveda at California College long before he embarked on a career in football. Not many are aware of the fact that Rick when he was at the peak of his career, fought stress and depression. So, he thought of taking some time off from the field and went back to studying Ayurveda as an ancient way of healing life. Reportedly, he also practiced yoga which he feels contributed majorly to help him overcome his addiction of marijuana. One of his famous quotes peaks about a thing that he manages to do with his body and all that was due to the practice of Yoga and adopting the Ayurvedic way of life.

She is the one who brought the zero-figure trend in Bollywood. Contrary to what many would believe, her zero figure was not only due to her extreme diet but it had a lot to do with her regular practice of yoga and adopting to the Ayurvedic way of living life. Similar to Shilpa Shetty, she also practiced the intense Bikram Yoga which demands you to sit out of a room that is extremely humid. In an interview, she told the media how Yoga and Ayurveda changed her life for good. She makes it point to practice at least 90 minutes of yoga every day. She also added saying that the day she misses on her routine, she feels that her day wouldn’t end well.

So, what are you waiting for? Take a cue from these celebrities and adopt the Ayurvedic way of living life accompanied by regular practice of meditation and yoga. Stay happy, stay blessed.